Initially launching the company with 3 super strong beers (Impy Stout, Triple IPA and a Doppelbock) by one man brewing machine, Keir McAllister-Wilde, he quickly gained a name for himself in the Yorkshire area for producing big and bold beers. He has since moved onto predominantly producing beers of a mid-strength nature but has always stayed true his craft beer passions and tried to keep Wilde Child's products as interesting as possible. After winning several awards and demand vastly outstripping supply for nearly a year, he has now transitioned up to a 2,000 square foot industrial unit and proudly owns a shiny new 10 barrel kit as well as currently employing two people. 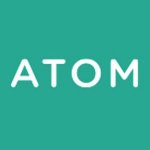